Corals are shallow water colonial animals (in the same phylum as sea anemones and jellies) that filter seawater for food and house symbiotic photosynthetic bacteria for extra health benefits. They break wave energy and provide refuge for various species of fish, nudibranchs, shrimp, and various benthic creatures. Both the reef size and structural complexity contribute to its ability to break waves, and in today’s paper, the researchers wanted to measure just how important that structural complexity, that roughness of the corals, is in wave absorption. Check out the introduction to this paper here.

When the corals contribute their structural complexity to the reef, wave breakage is increased via hydraulic roughness. Hydraulic roughness describes how much the surface causes frictional resistance to the flow of water over the reef. Frictional dissipation is more of a thermodynamic term: it describes energy loss, as the energy of incoming waves is dissipated, with less capacity to do work. That kind of energy loss is strongly associated with frictional forces of the coral surface.

Where did they begin tackling the problem?

To understand this process, the scientists of this paper had to produce a model. They could then use this model to test various reef conditions on wave dissipation. In an experiment, independent variables are the conditions the scientists can manipulate, and dependent variables are the measured responses. Here, the question is, what is the effect of reef conditions on wave energy dissipation before hitting shorelines? Thus:

To begin, the scientists start with some conceptualization depicted in Fig. 1. The independent variable (reef condition), includes two components: reef response and structural complexity. Together, these factors can work together to dissipate wave energy, as visualized for us in Fig. 1B.

What are, then, these components? Structural complexity (fw) is the roughness of the surface; living corals aren’t eroded by the water, but continue to grow their complex features that make them so painful to step on. The higher the complexity, the more energy is dissipated. Reef response can be either positive or negative: it describes the height that the reef is either growing (positive reef response) or eroding (negative reef response). A healthy reef, containing reef-building corals, should accumulate in height, even under the constant barrage of incoming waves. This is again an advantage living barriers have over man-made groins and jetties, which only erode with time.

To really drive the point home, the scientists give us Fig. 1A, a graph of Reef Health Index. Qualitative rather than quantitative, it depicts RHI increasing with both a high reef response and high structural complexity. However, it is in Fig. 1B that a story is told: if coral reefs are to break waves effectively as sea level rises, they must not only grow in height, they must have high structural complexity that diversity provides.

What evidence is this based on?

What did they do to answer their questions?

To study the affects more quantitatively, the scientists needed field data from coral reefs around the world. Oceanographic data is monitored around the world for just this purpose, and four reefs from Tahiti and Moorea are included in this kind of data collection. The scientists chose four coral reefs so that they could work with reefs with different incoming wave energy; some of them are bombarded more than others, and some have healthier reef response rates than others.

They used this data to feed into a Monte Carlo simulation. This is a statistical tool that allows you to set a few variables and run random simulations to get an outcome. By running this kind of model many times, you can get an average outcome based on your given inputs. So by designing inputs based on (1) sea level changes, (2) reef response, and (3) structural complexity, and then looking at the resulting wave dissipation from those four coral reefs, the scientists could run a Monte Carlo simulation a few thousand times each and get the average wave dissipation force of reefs.

The in silico experiment set up:

Now, we do not know the actual starting conditions. How do we know, then, what to input into our model? The scientists chose three scenarios, P1-P3, to get a feel for what might happen in the future as coral reefs continue take the brunt of wave energy on coastlines.

P1. What if sea levels stay the same, but the coral reefs flatten out (low structural complexity)? Let’s pretend our oceans are remaining constant but the reefs experience degradation. What then? This scenario holds sea level constant to specifically look at the effects of reef health.

P2. Here, sea levels rise, and the corals are degraded. The scientists used IPCC’s predictions to input just how much the sea level would rise in this scenario. This is the worst-case scenario.

These models predict changes in wave height, H(-), that are standardized for comparability and graphed in Fig. 2. That is to say, H(-) is the height of waves after breaking on the reef. As you can see in this figure, even if sea level remained as it is today, if structural complexity decreases (i.e., the reef degrades), H(-) would increase more than the most likely scenario predicts.

This is our first clue to the impact that structural complexity has on wave energy absorption along shorelines.

How did they test their hypothesis?

Running a Monte Carlo simulation for all these scenarios generated a lot of data. What is to be done with it all? Statistical analyses, of course.

The general idea here is that the simulation produced thousands of data points, which can be graphed and fitted to a line. How well does the line fit the data? If it suits the data, we say the line has strong “goodness of fit,” and we can quantify that suitability with the R-squared variable.

Qualitatively, if the points are scattered in a giant blob over the line, the R-squared value is low, and the independent variable isn’t that great a predictor. If the data points are closer to the line, the independent variable is a better predictor. Be careful, though – statisticians can warn you that data that fits the line too closely is probably falsified, and giant lies have been passed as truth before.

With a quick glance at Fig. 4, then, we can see that sea level (Fig. 4A) is actually a poor predictor of wave breakage height, while the reef health index (Fig. 4B) is a much better predictor. While the R2 of sea level is an abysmally low 0.09, the RHI has an R2 = 0.53. To really drive the point home, the authors picture the data points (again, from their simulations) across both RHI variables: reef response, and structural complexity (Fig. 4C). While highly visual in nature, you can see that the slope of change in H(-) is more rapid for structural complexity (along the x-axis) than it is for reef response (along the y-axis). That is to say, structural complexity has a stronger effect; wave height reduces faster with increasing structural complexity, and slower with increasing reef response. (If you’re still having trouble interpreting this, note the changes in H(-) along the x-axis and y-axis only. You will see that with maximum RR, H(-) only reaches ~0.4m high. But for maximum fW, H(-) reaches ~0.1m.)

The data is clear: Harris et al.’s model strongly implies the ability of coral structural complexity to break waves, more so than reef growth rate and even more than sea level rising itself.

This kind of statistical model, based on oceanographic observations collected at four coral reefs (each of different incoming wave energies and coral reef health indices), predicts that structural complexity strongly contributes to the ability of corals to protect coastlines. This is related directly to coral health and diversity, and of course, high growth rates for the reef are nice to have as well.

Corals protect us; let’s protect them too. 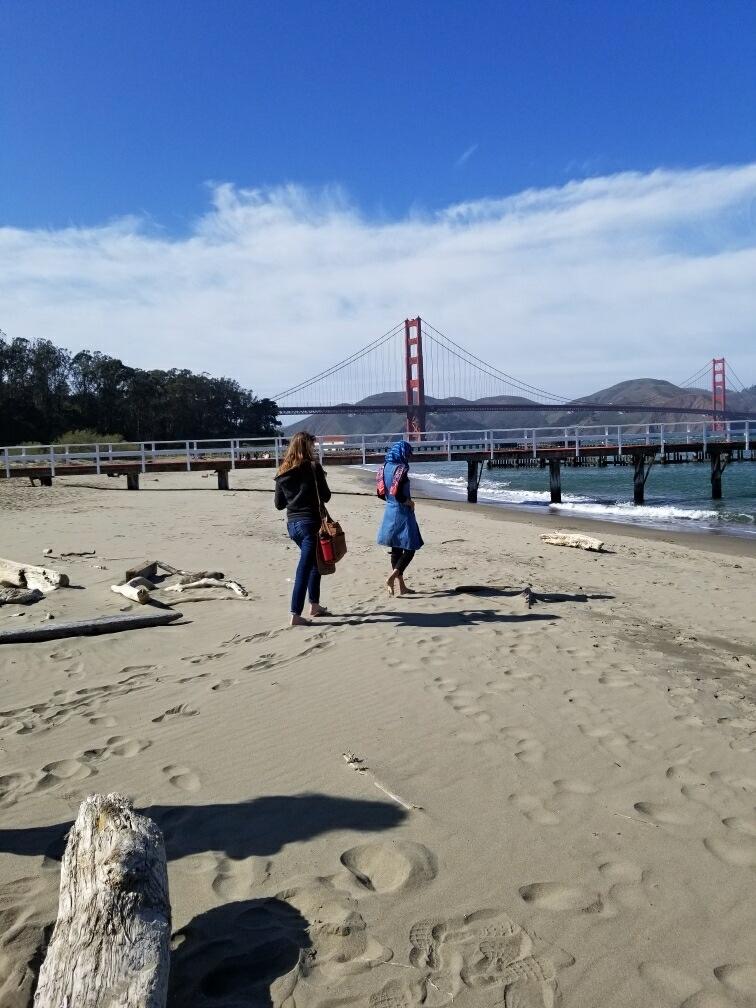 Join our online journal club, or browse to read about science, lifelong learning, and student life.

New posts every Monday and Thursday.

We care about STEM education, empowering students, and work/life balance.

Check out our sister site at mentorsnow.org!